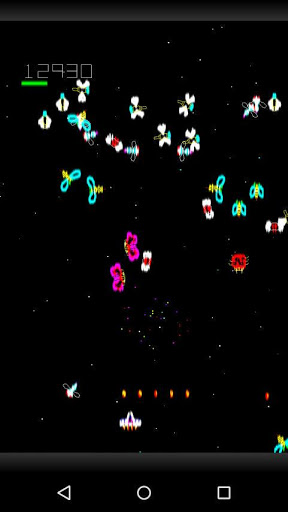 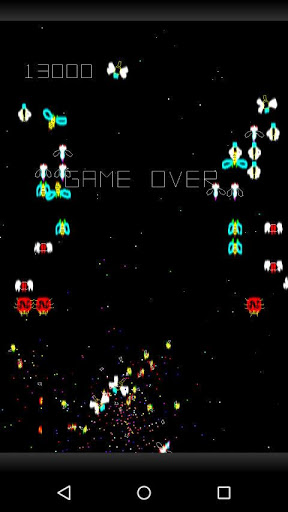 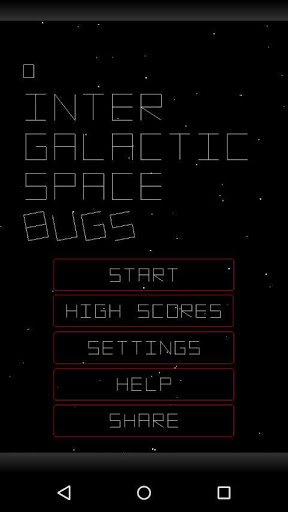 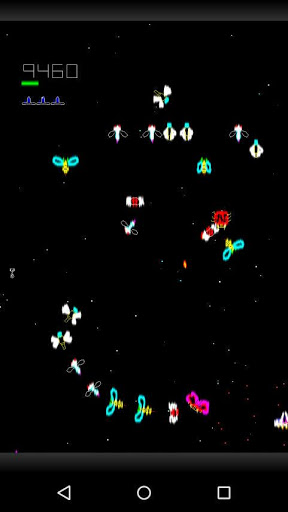 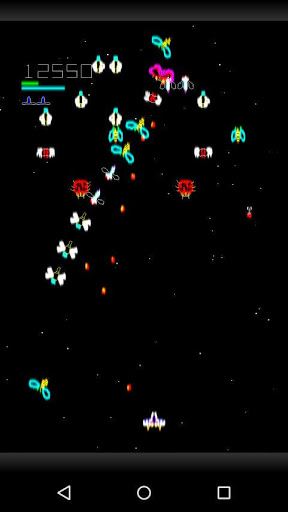 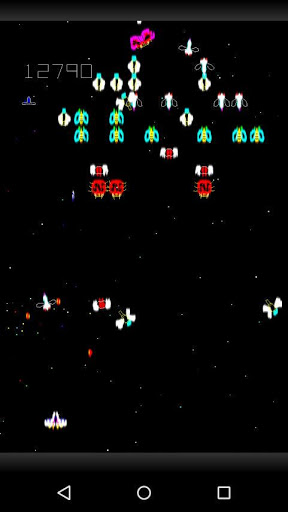 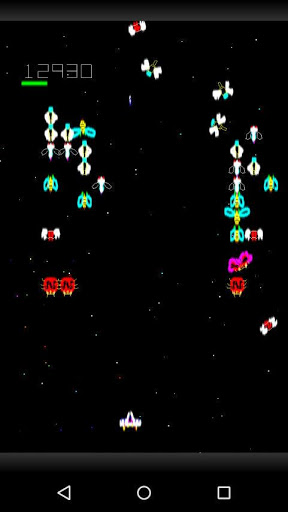 Description of Inter-Galactic Space Bugs Defend the earth from marauding alien space bugs! Waves of aliens attack your drone space fighter as you fight for survival and glory. Pilot your remote controlled warship against waves of aliens. Collect weapon upgrades and ship repairs, but don't touch the bombs. If you loved 80's arcade games like space invaders, galaga and galaxians you'll love this retro arcade shooter. It's got tough ships against tougher enemies, lots of powerups and as you level it becomes a bullet-storm nightmare.Extra lives come quickly at first and are always 5000 points or less away.Pro tip: go for 100% in the challenge stages for huge bonuses.The story so far…A short time ago, out of nowhere, a strange alien presence was detected. Insect like alien lifeforms were swarming in the asteroid belt. The governments of the world were able to suppress the news, intending to make announcements if the aliens were friendly. To this point there has been no communication with the space alien bugs, and all attempts at contact have resulted in attacks by the creatures. The few aliens that have approached the earth released kinetic energy weapons (KEWs), basically fast moving space rocks targeted at major cities. Luckily all KEWs have been intercepted up to this point.A multinational defense organization, the United Space Command has been formed to combat the space alien threat. They have created a four layer plan to protect the planet. First, remotely piloted space drones have been launched towards the asteroid belt to intercept groups of space bugs as they transit towards the earth. The bugs have been attracted to the resulting space battles, drawing in multiple waves of space bugs once a single group has been engaged. This works in our favor as most of the aliens have been destroyed on their way from the asteroid belt.Additional defenses are being prepared and include a network of orbital platforms to intercept KEWs as they are launched, batteries of missile launchers to destroy KEWs that slip through the orbital platforms and an atmospheric drone craft to defend against any direct alien attacks.Unfortunately, the number of space battles have been increasing and the United Space Command has decided to reach out to the general public for new pilots. They have created this smart phone app that allows a user to remotely control an unmanned space drone. For security reasons, (among others) the app is only available for the superior 'Android' platform. The app might look like an 1980s video game, but it is a powerful tool in the secret war against the space alien threat.Thank you for taking up the responsibility of defending the Earth. Please help us by recruiting as many pilots as you can to join the fight, but be careful not to allow the full truth of the space alien threat to be revealed; the resulting panic could be as dangerous as the space alien bugs themselves.